Twelve years ago, I got enrolled in an institution of secondary education that was deemed one of the best in the country.

We first formers were called “MONOS”.  I guess the older students came up with the nickname because we were always on the receiving end of their harassment and bullying.

Coming from a place where most school mottos could be clearly understood or their intended meaning put out clear, the motto of the secondary institution I was enrolled into seemed to be quite unique and different from most school mottos I know.

The reason it turned out to be that way is the fact that most school mottos always appear to have the same pattern of cheering you on, for instance, you will find school mottos that go like, “Aim higher”, “The Sky is the Limit”, “Together we can”, “Striving for Excellence” and more like them. However, in my new found hub of education, things caught me by surprise because the motto did not follow the common pattern of school mottos I knew about. In fact, what made it more unique was the fact that it did not address the school or a large group of people but you as an individual. You could actually get that feeling in your heart that indeed it’s my duty to abide by this motto and no one else will if not me.

To us first formers, we got more confused by the motto than embracing it. The motto kind of led you to yourself. You needed to know your surroundings well and know what to do at the right time and in the right place. Unfortunately,  many of us, we still had no clue or a proper grasp of the school routine and rules and were therefore in limbo.

Well, the motto wasn’t like something about coding or rocket science. As a matter of fact, it was very simple to understand but how to put it into practice was the big deal.  So when we were told “Use Common Sense was the motto or we rather so it painted all over we got that awful feeling in our stomachs while asking ourselves what all this was about.

But as the school term gained momentum we came to learn from the older students that we had only ourselves to blame because we kept on imagining many unnecessary things about in the school. You simply needed to do the right thing at the right places at the right time. And for you to be able to do it right and maintain discipline, you needed your five senses of see, hear taste, smell and touch to be very and always alert.

For instance, we used to be woken up for morning personal study that was usually referred to us Morning Preps that could begin at five o’clock. There was an old, rusted rim of a tractor tire that used to be hit with a metal object every day at five o’clock. It was actually our morning alarm.

After one student complained about the rusty rim being too primitive for our school image the administration changed it to an electronic bell.

Well, life generally has its own puzzles and people need to realize that not many use common sense in their day to day living.  I interact with both the old and young in my place of living, work and social events but it really becomes disgusting when people cannot use their common sense to do the right things at the right time. However, I agree that the aforementioned statement is itself relative and somebody’s right could be someone else’s wrong but at the end of the day we must agree that facts are facts and there is always a guiding principle to the thing of things.

To those living in rented apartments or flats, it becomes illogical when your neighbor who is hardly a stone throw away from you to want to listen to their music at the highest volume possible when common sense would have simply told them not everyone likes that type of music or they could be listening or watching something else in their living rooms.

It even becomes more disgusting when adults cannot make a queue to be served food or attended to for whatever service they need but would rather scramble creating more chaos. Some literally walk to the front of the queue or jump the queue and give you that look that says, “Utado?” or “What will you do?” Common sense demands that when you happen to see a queue then all those people standing or seated in that queue are feeling the same way as you feel but have chosen to be orderly, therefore, you need to see the orderliness and follow suit. Haaa!!!

For heaven’s sake, common sense demands that you eat with your mouth closed because you yourself know very well its uncomfortable being on the other end where you have to see the masticated food particles in someone else’s mouth. Right?

On public utilities like latrines, you must always knock on the door first lest you push it through when someone is in there. On the other hand, If everyone around you is using a fork, spoon, and knife to eat, why be the one to do it the opposite way.

While you may want to call it etiquette or something else but the end of the day, it all boils down to using your senses to make the right decisions and choices. 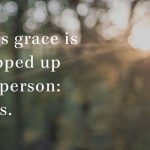 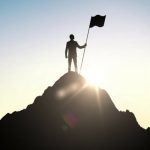 Success in Life: 5 Simple Things you Should Avoid to Earn it0 Total Shares
No Glory Without Sacrifice0 Total Shares 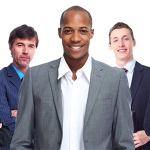 Rape: A Recurring Agony Society Isn’t Ready to Deal with Yet0 Total Shares 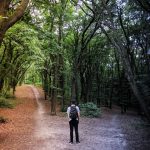 Shortcuts in Life: Are they Worth the risk?0 Total Shares

Success in Life: 5 Simple Things you Should Avoid to Earn it0 Total Shares
No Glory Without Sacrifice0 Total Shares

Rape: A Recurring Agony Society Isn’t Ready to Deal with Yet0 Total Shares

Shortcuts in Life: Are they Worth the risk?0 Total Shares